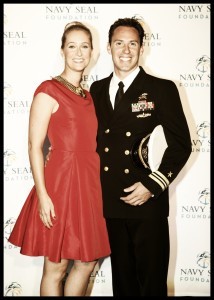 You might think that Colin was too busy for much else, but his military career is almost as impressive as his education. He joined the Navy in 2000 and has since been working his way through the SEAL teams, from 5 to 7 to Boat Team 12 and finally at TEAM 17 in San Diego where he is currently Lieutenant Commander (Reserve) - Executive Officer CSS-B (Executive Level)

In his free time, Colin has been working on Zikl. “I was inspired after working with the State Department on Economic Development Programs while serving in Western Iraq. It was 2009 and the insurgency was wearing everyone down. Strict military efforts had won the day but something needed to be done in order to provide sustainable opportunities for the people living in the Euphrates river valley. It was the development of local markets and foreign direct investment that helped bring the war to an end and gave the Iraqi Ministry of Interior the leverage it needed begin rebuilding Iraq,” says Colin. The idea behind Zikl is to empower every human being through the power of free markets.

In short, Zikl is an online social market platform. It allows its users to become micro-entrepreneurs and to build their own storefront by capitalizing on their social reputation.  Users can buy, sell and trade high value items and personal services within their local market. Zikl empowers its users with a safe transactional experience, a more targeted audience, and a level playing field based on the users social reputation on and off line. Zikl uses information taken directly from the users social networks to empower them with trust and background information on all market participants.